The Key to Chintak by John Howard

The year was 2006. For my birthday, my parents bought me a handful of books, 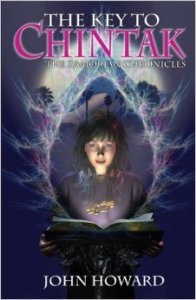 and one of them was a signed copy of “The Key to Chintak.” This surprised me for a couple of reasons: one, I had never held a signed book before. I thought it was a fake. And two, because I had never heard of the author or series before.

The odd thing is that neither of my parents can remember where they bought it. I had asked them at the time what it was like to meet the author, and they had surprisingly little to say. Now, neither of them even remember buying me any of the books that year.

This is how “The Key to Chintak,” by John Howard, came into my life. And it was about to change it.

The novel follows a young female protagonist, Millie, who discovers that only she can read a two thousand year book. She, and her grandfather, decide to follow the instructions laid on the seemingly bare pages, which leads them on an adventure across the entire planet, as they search for the key to Chintak.

I was hooked from the first page. Millie, our protagonist, is a twelve year old girl who is a stubborn as she is smart, able to think on her feet and hold her own in terrifying situations.  In a great first for me, this was a girl, in a science fiction novel! Up to that point in my life, every sci-fi novel I had ever read followed male heroes, and the women were always either the sidekick or the main goal/prize to be desired or won. I related with Millie, was drawn into her story; She was strong, smart, a hero in her own right. The story is clever and fast paced, set in places I could only dream of visiting. There are spaceships and aliens, gadgets and dodo (Yes, dodos!), underwater cities and secret passages in the world’s most famous monuments. And… superpowers. Really, really cool, super enviable superpowers. And it has tons of fascinating tidbits of history and geography that I remember sprouting to my family and friends at every possible occasion.

I read the book cover to cover, over and over again. I wrote my own (albeit terrible) fiction, pushed by waves of inspiration. It made me want to write, made me want to learn about science (and I’m now a physics student at university, on my way to becoming an astrophysicist) And I waited eagerly for the sequel to come out, checking the website every day, then every week, every month…

Once every year… every two…

Eventually, the book receded from my mind. I moved through the years with new books, growing from Artemis Fowl, to Percy Jackson, to The Hunger Games, to a shelf full of ‘classic’ science fiction and ‘serious’ science novels. But every once and a while, the memory of my long time favorite book swam back to me, and I would look it up online, wondering if the next novel was finally going to be released.

In 2010, I sent a message on his contact page on the book’s website. I never heard back from him, but I told myself it was because I probably misspelled my email address.

It is now 2014, and the urge is back. It’s just like that feeling you have to read Harry Potter again, or that you should re-read A Wrinkle In Time; the books that fueled your addiction to reading have a real impact on you, and you have to have a dose every once and a while. I got up this morning with a voice in my head practically shouting to pick it up again.

This time, however, I realized that I really wanted to know more. And this is where it gets kinda strange.

The Key to Chintak exists; it is well reviewed, even made it to the top of some bestsellers lists, but online… it’s a shadow. A ghost of a book. US Amazon sells only second hand copies; ebay sells a few first editions for well over $500; Though both amazon.co.uk and Waterstones still seems to sell the paperback. On Goodreads, the author’s page leads to the prime minister of Australia. There’s barely a review, except “I liked this, can’t wait for the next one” (you and me both, random reviewer).

So where is Chintak? What happened to this book that I loved so much? Why did it never make it big? It should have: the plot itself was (in my opinion as an 11 year old as well as now) at the same level as Harry Potter. So why is it no one has heard of it?

The author’s webpage still stands; no information on the sequels, still marked as coming soon, and an empty spot for the film trailer, waiting to be filled. There had been no news since 2008; until a post dated 2013 where Howard to promises “to be back at [his] keyboard working on the next installment in the not too distant future” with apologies for the delay.

The webpage also hosts a pile of quotes from kids and teachers, thanking him for a fantastic book. I read through them and was surprised to see my own thought reflected in their thoughtful notes.

So I dove deeper. 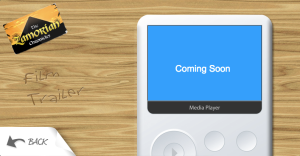 2006, and Howard is being interviewed by netribution. The article is old, and some of the pictures have gone the way of the 404. It tells a funny story about Howard’s previous misadventures with publishing, where, after a series of painful rejection letters from major publishing houses, he typed up the contents of his washing machine manual, called it “ The Tin Drum,” and sent it to the same publishers as he had before. When the rejection letters he received showed no change in their wording at all from the last ones, Howard decided to go for it, and publish himself.

Later in 2006, Howard writes an article for Tesco at Tesconnect about his self publishing adventure. Then there’s an article in The Telegraph, which starts by talking about Howard’s self publishing, but then moves away to talk about the future of buying books (and they’re pretty close).

In March 2007, Howard and his Key to Chintak were mentioned in ‘The bookseller’‘s “flagship feature”, in an article about big publishing houses trying to snatch up future bestsellers.

This explains a lot, for starters why I can’t seem to find much about him online, or find his books at Waterstones, even if it did make it in their top ten bestsellers. The article continues to say that he wasn’t picked up by bigger publishing houses because of the amount of work they said needed done, but that didn’t stop Howard from doing quite well on his own. And supposedly – again, supposedly – the royalties from self publishing are MUCH higher than he would have gotten with a publishing house.

10,000 copies; Howard promoted his book by going to schools and libraries across the UK, promoting through a series of readings (and it appears writing talks at schools?). It seems, from the sparse details I have seen online, that he was incredibly charismatic, and encouraged many of the students to read as well.

Also in March 2007, an article appeared on Me and My Big Mouth, which describes the author’s success. And it sums up the saddening failure as well: Chintak has the kick to be a bestseller, and yet… nobody wants it.

I finally found a picture of Howard, on… well, a mug you can purchase on Amazon. Or you could, but it’s out of stock. Possibly the oddest moment of my search.

But my question still stands: why didn’t this book become a hit? By all accounts, it should be. Sure, it can do for some editing (there is an abundance of out of place exclamation marks), maybe a flashier cover, but did that stop me from reading it? Nope. Big publishers did not know what they were missing. And, obviously, they still don’t, for some reason I can’t put my finger on.

You read about Rowling’s success, about her many rejections before Harry Potter became a household name and you wonder – how many other unsung gems never made it that far? I can list a few self published novels that are destined to become a hit (Pick up “The Grave Report” series by R.R. Virdi, for example) that I just want to tell the world about. There are some fantastic books that deserve notoriety.

And it hit me – I’m part of the problem. On the last page of the book, after the cliffhanger and the bold faced “THE END”, the author leaves you the website address. And then, right below, says, “Please, Please tell your friends about it.”

Self-published authors don’t have the resources of great publishing houses. They don’t have the marketing power and connections that get books to spread before they even leave the printing press. John Howard needed me, and the tons of other children who ADORED his book, to spread the word, to tell our friends, to let them know we had a fantastic novel in our hands that could quite possibly change their lives.

No book blogger catalogued its greatness. So here I am, doing it now, doing what I never did eight years ago: I’m telling you about this book.

The Key to Chintak is a fantastic novel. I loved it as a kid, and love it now. I am STILL waiting for the next one. No, time has not made me want it less; it has only made me anticipate its arrival even more. I sincerely recommend you pick up this book. It is the perfect novel for a pre-teen, fun, action packed, smart… Let’s give it the love it deserves!

Buy it. Share it. Spread it around. Let’s make it the success it should have been – and was on its way to becoming – nine years ago.

And John Howard, if you are reading this – thank you. Thank you for writing a book that pushed me into writing. Thank you for publishing, even through all the constraints.

And please, please let me know what happens next?

UPDATE: The author responded! Check out what John Howard has to say here.

One thought on “Searching for Chintak”