by Naomi Novik
Reviewed by SA

I have been hearing amazing things about this novel over the course of the past few months, and my curiosity was peaked. Well, once it was in my hands, it stuck fast like glue, and I could not put it down. As a matter of fact, I was reading it on the plane, and wished the flight would last longer so I could finish it!

Alright. That’s me rambling. Let’s get down to business. (To defeat the huns). 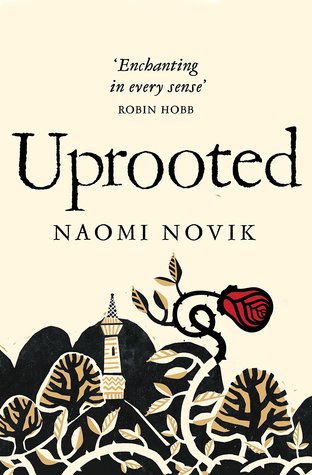 “Our Dragon doesn’t eat the girls he takes, no matter what stories they tell outside our valley. We hear them sometimes, from travelers passing through. They talk as though we were doing human sacrifice, and he were a real dragon. Of course that’s not true: he may be a wizard and immortal, but he’s still a man, and our fathers would band together and kill him if he wanted to eat one of us every ten years. He protects us against the Wood, and we’re grateful, but not that grateful.”

Agnieszka loves her valley home, her quiet village, the forests and the bright shining river. But the corrupted Wood stands on the border, full of malevolent power, and its shadow lies over her life.

Her people rely on the cold, driven wizard known only as the Dragon to keep its powers at bay. But he demands a terrible price for his help: one young woman handed over to serve him for ten years, a fate almost as terrible as falling to the Wood.

The next choosing is fast approaching, and Agnieszka is afraid. She knows—everyone knows—that the Dragon will take Kasia: beautiful, graceful, brave Kasia, all the things Agnieszka isn’t, and her dearest friend in the world. And there is no way to save her.

But Agnieszka fears the wrong things. For when the Dragon comes, it is not Kasia he will choose.

This novel reads like an old fairy tale. The kinds where magic and life intertwine completely, the kinds where every word grips you and holds you tight. There even seems to be magic in every word you read. The prose itself is just so beautiful. The novel feels like a folktale told in Russia, or Poland, even without those countries ever being mentioned once.

The story centers around Agnieszka, a young woman from a valley town, chosen by a wizard to live in his tower for ten whole years. Slowly she discovers that she was chosen for her knack for magic, and begins to learn how to wield it, her talents growing as she becomes more confident in herself.

The amazing thing is that the summary only gives you a small peek into the novel: there is just so much more going on. The Dragon tried to protect the people of the valley, and the entire country as well, from the dangerous, mysterious Wood. It contaminated people, driving them mad. It makes food poisonous and animals rabid. Sometimes Walkers will slip out from between the trees and steal people away. It’s dangerous, and it’s growing.

There is just so much going on in this complex novel that I could never summarize it all here. As I said – you just have to read it. But I’ll let you know about the reasons I loved and devoured this book. First, you have Agnieszka, and her character growth through the tale. Then, you have her relationship with Kasia (honestly, I ship them so bad), and their deep friendship and love for each other. Top it off with the mystery of the wood; the amazing world building; the use of magic. And voila: a perfect novel.

And the resolution is incredible. Every question you ever ask is answered, and the reader cannot help but be completely taken away by the explanations. You might wonder, for example, why The Dragon takes women every ten years; or maybe why the wood was corrupted in the first place. Yes, yes you will know, and you will love what you find.

If you have not get read uprooted, read it now. I won’t say any more. 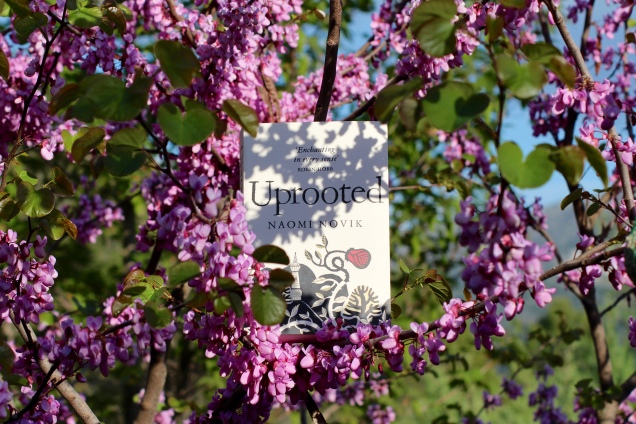