by Roshani Chokshi
Reviewed by SA

I have been waiting for this novel to be realsed for ages. Ever since I read the outstanding novel The Star Touched Queen, last year, I was enamored with the amazingly magical universe Roshani Chokshi creates. The style, the imagery, everything was so evocative I was drawn in from the start. And A Crown of Wishes carries that magic as well, and definitely did not disappoint.

Gauri, the princess of Bharata, has been taken as a prisoner of war by her kingdom’s enemies. Faced with a future of exile and scorn, Gauri has nothing left to lose. Hope unexpectedly comes in the form of Vikram, the cunning prince of a neighboring land and her sworn enemy kingdom. Unsatisfied with becoming a mere puppet king, Vikram offers Gauri a chance to win back her kingdom in exchange for her battle prowess. Together, they’ll have to set aside their differences and team up to win the Tournament of Wishes—a competition held in a mythical city where the Lord of Wealth promises a wish to the victor.

Reaching the tournament is just the beginning. Once they arrive, danger takes on new shapes: poisonous courtesans and mischievous story birds, a feast of fears and twisted fairy revels.

Every which way they turn new trials will test their wit and strength. But what Gauri and Vikram will soon discover is that there’s nothing more dangerous than what they most desire.

Like The Star Touched Queen before it, this novel reads like a vivid dream. Your mind is filled with rich colors and deep smells, and you are tugged from one magical place to another, yet never stopped by thick exposition: the author walks the fine line of ‘telling too much’ and ‘showing too little’, making it the perfect amount needed for master world building. She honestly could have had her characters wander without a plot through these worlds and I would still have read it – it’s like staring at a painting.

But it has a plot, and an exciting one at that! While it is the sequel of The Star Touched Queen, it’s more like a spin off. The events that take place in A Crown of Wishes follow Gauri, the adorable little sister of Maya who grew up to be a badass warrior. But when Gauri gets banished from Bharata, she knows she needs to go back, overthrow her brother and save her friends. But to do that, she has to win the Tournament of Wishes, a magical competition in which victory grants you a wish. At her side is the handsome and cunning Vikram, the not-exactly-prince of a neighboring (enemy) kingdom, whose smarts perfectly match Gauri’s skill in battle. Together, they make an impressive pair.

I love, love, love Gauri. She’s someone I wish I could be – bold, strong, but smart. A little stubborn, maybe, but she seems to make more rational decisions than her older sister. Vikram, I took a little while to warm up to, but I think that was purposeful from the author: Gauri doesn’t trust him from the start, and neither do we, even if he is a POV character and we know he’s honest with her. The romance between them was slow and worked, though I’m never a fan of romances in this kind of novel – I always wish for them to just remain badass partners in crime.

This book is, in a word, magical. If you loved The Star Touched Queen as much as I did, you’re going to love its somewhat-sequel. Follow Gauri through realms of magic where the laws of the mortal world do not apply, and where a story may be worth more than a life. Sign me up for everything Roshani Chokshi writes!

Out today from St Martin’s Press.

Fair warning: this book is a difficult read. The subject matter is heavy and painful, so there are content warnings for rape, abuse, and violence, to say the least. It will also frequently bring you to tears. Yet the story is one of love and determination, spanning years and breaking your heart. I absolutely loved it. 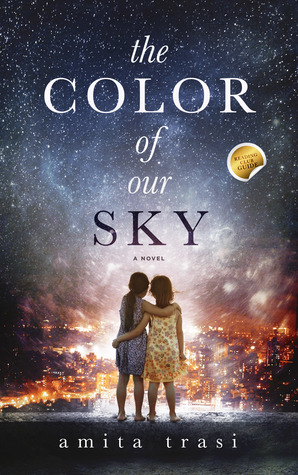 Tara has returned to India, to her old apartment in Bombay, the scene of the kidnapping of her friend Mukta eleven years previously. Mukta was a village girl, daughter of a prostitute and fated to become one herself, who was brought in to their household by Tara’s father when she was no older than ten. The girls grew up together, spending five years blossoming their friendship, before the fateful night when Mukta was abducted. Now Tara is determined to find her, and will do so at any cost. The novel spans thirty years, taking you to the past, the present, and pushing into the future as Tara digs up clues to her friend’s fate… as well as secrets surrounding her own family.

First and foremost I loved the lyrical nature of this novel. Trasi has an incredible style, and manages to bring to life the most gorgeous images of India – as well as the, well, not so gorgeous. She weaves local terms into her text, which at first I found a little confusing, as there was not always enough context to grasp their meaning, until I found the lexicon in the back. She truly brought India to life, for better of for worse.

The bond between Tara and Mukta was one of the factors that kept me reading this book so intently, even through the incredibly terrifying moments. The character development through the course of the plot was grounded and human, which made the two of them gain dimension and depth. The other characters in their lives sometimes lacked the spark that brought them out of the page, but with the two young women front and center, the focus is where it should be.

The horror in the novel is a serious wake up call. The brutality of human trafficking is alive in India, and the torment Mukta is living through would be something I wished could not be real. The author describes in vivid detail the living conditions of these women, the horror of what they have to go through every day, and the definite knowledge that there is no way out. These were the most difficult parts of the novel to read, and it’s enough to bring us to tears.

There were definitely a few things I found weird. For example, Tara’s cash flow. We’re told she has been working three jobs back in America, yet she finds a somewhat endless supply of cash for bribes in India. She also somehow affords to take months out of work to try and find Mukta and doesn’t seem to be working in India either. Maybe this is just a detail, but it took away from the realism that was otherwise so convincing.

Another little weird thing was the quotes. Between chapter, you would get a quote from either Tara or Mukta (sometimes to signify a change of perspective or point of view) which just felt a little out of place. The form of the novel does not call for it: the book is not an interview, a journal, or letters. What are the quotes doing there? They really felt out of place.

Read this book at your own peril: you will find love and friendship, but also pain and suffering. You will read true horror but also true hope. The Color of Our Sky is expected to be published on June 30th. 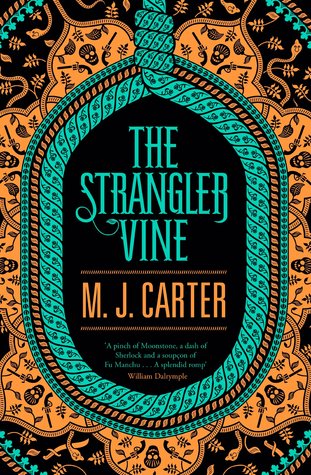