I’m always one to jump for a David Levithan book when it comes up for grabs. However, I only realized after I had picked this one up that it was actually the companion piece (no, not sequel) to another one of his novels, Every Day, which I had not read… oops. But a very good friend of mine absolutely loved Every Day, and has been recommending it to me for ages; AND in the forward of Another Day, the author states he has newbies in mind too when writing his new novel; so I jumped in head first.

I thoroughly enjoyed it.

Every day is the same for Rhiannon. She has accepted her life, convinced herself that she deserves her distant, temperamental boyfriend, Justin, even established guidelines by which to live: Don’t be too needy. Avoid upsetting him. Never get your hopes up.

Until the morning everything changes. Justin seems to see her, to want to be with her for the first time, and they share a perfect day—a perfect day Justin doesn’t remember the next morning. Confused, depressed, and desperate for another day as great as that one, Rhiannon starts questioning everything. Then, one day, a stranger tells her that the Justin she spent that day with, the one who made her feel like a real person . . . wasn’t Justin at all.

Another Day is taken from Rhiannon’s perspective, as she slowly falls for A, a person with this particular predicament. Her life seemingly revolves around Justin, who, I admit, looks like a terrible person to have as a boyfriend. What’s interesting, however, is that this novel starts off on the day she meets A – so we think we are meeting Justin, without meeting him at all. Which makes his introduction an introduction through negatives: he never does this, he never does that. When we meet him in person, we see how he is the polar opposite of the person Rhiannon spends the day with, and it makes you feel the tension in their relationship even more.

It’s interesting how you can love a character while hating them as a person. Hate may be a strong word in this case, but I just did not like Rhiannon as a person, as a opposed to how much I enjoyed reading this novel and seeing her character grow. I find her too passive, too much of a pushover. It made me ache to see her in such an awful relationship, I wanted to grab her shoulder and shake her out of it. However, her growth within the span of two weeks is remarkable. It’s amazing how you can feel her isolation at the beginning, but slowly her friends are introduced – or re-introduced – into her life until she can finally breathe again.

It made me so mad how she acted around Justin, it kind of made me want to put the book down. Many things she did I really found myself annoyed at, especially once she started growing closer to A. There are just some things you don’t do when you’re in a committed relationship, no matter how much of a jerk the other one is – at least have the decency to tell the truth, to end it. There again is another reason I did not like her as a person, though admittedly it made for an interesting story.

Her inner monologue could be dull at times, and admittedly, the plot did not have much going for it. It’s very relationship oriented, and it really did feel like a companion piece: I was more interested in A’s life, what was happening in their life, than I was in Rhiannon’s. I could not understand what A found to like in her and wished I could follow A around for a while – this probably means I’m going to be picking Every Day up very soon.

However, some of Rhiannon’s thoughts were very compelling, especially when she was questioning what attraction means, or personhood, or the connection between body and soul. At those moments, I found the author to be very insightful.

All in all, it’s an enjoyable read. I’m going to read Every Day next, probably, and see if it makes me feel any differently after that.

Another Day comes out next week, on August 25th. Don’t miss it! 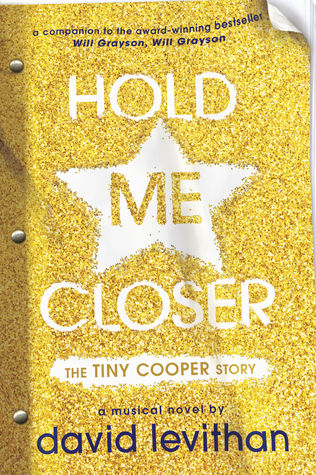